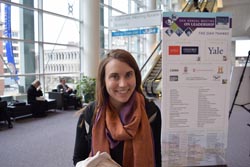 Brooks Swett is a doctoral student in nineteenth-century U.S. history, with a focus on Anglo-American exchanges and relations. Of particular interest to her are the international ramifications and context of U.S. Reconstruction.