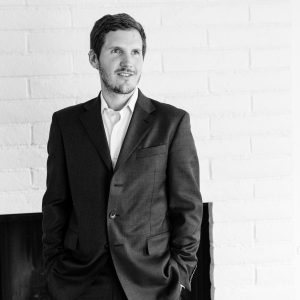 I am a historian of the 20th and 21st century United States with interests that cut across disciplines and historical subfields. I focus on the many ways in which “national security” has shaped American society.

My work includes a strong public history element. I hope to inform conversations not only in academia but also among policymakers and the general public. For example, I have an article forthcoming in the Journal of Policy History that shows how in the 1970s the Ford administration—led by Richard Cheney, Donald Rumsfeld, and Antonin Scalia—blunted efforts to legislate a charter for all components of the intelligence community, headed off meaningful congressional and judicial regulation of electronic surveillance, and preserved executive primacy over intelligence activities. The article provides the essential backstory to present-day debates about surveillance, privacy, and the balance of power between the branches of government.

I draw upon the approaches and insights of multiple disciplines in my work—including sociology, anthropology, geography, economics, political science, and psychology—and actively seek collaborations with researchers in these and other fields. I use both traditional historical research methods as well as newer approaches from the growing field of digital humanities, such as text mining, social network analysis, and data visualization. Mirroring my teaching, I aim to present my research in multiple ways—in written, visual, and audio form—to make it accessible to people with different cognitive styles and preferences.

Before pursuing my doctorate, I worked for five years in national security and foreign policy positions in the government focused on South Asia and cyber issues. I left my career in government to pursue a doctorate because I am passionate about teaching and mentoring. A central goal of my teaching is to empower students by helping them learn how to learn so that they can nurture a life-long habit of curiosity and intellectual exploration. Inside the classroom and particularly in one-on-one interactions outside of it, I work to expand students’ perceptions of the universe of possibilities and help them develop the skills and self-belief to pursue their dreams and drive change in their communities.

You can learn more about me on my website.

“The Ford Administration, the National Security Agency, and the ‘Year of Intelligence,’” forthcoming in the Journal of Policy History.