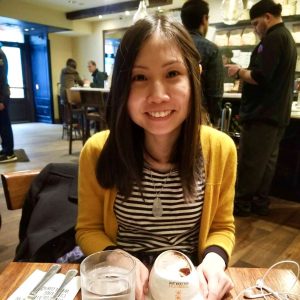 Yung Hua Nancy Ng Tam is a PhD candidate in US History at Columbia who is currently researching Chinese migration and the racial politics and economics of US empire in the Americas. She also has an interest in Asian American studies and public history.

Her doctoral dissertation, “A Transpacific Caribbean: Chinese Migration, US Imperialism, and the Making of Modern Colombia” examines the migration and settlement of Chinese merchants who, expanding westward from China to the Americas, established in Panama dense connections to diasporic Chinese communities in ports all along the Caribbean and across the Atlantic. She is interested in the interrelation between the establishment of US economic dominance in Colombia, and indeed throughout the hemisphere, through culturally and politically imposing practices of consumerism and policies of “development” that entailed accruing ever-increasing debt, and the adaptation of economically and racially subordinated Chinese capital and migrants to an increasingly US-shaped order. Her Columbia MA thesis traces the historical creation of sanctuary policies toward undocumented immigrants across American cities in the 1980s to public protest against the Reagan Administration’s refusal to grant asylum to Central American refugees which erupted in, and either divided or galvanized, various local communities.

At Columbia, Nancy has taught as the instructor of record for “Primary Texts of Latin American Civilization,” a course in the university’s Global Core Curriculum. She has also TA’ed numerous courses, mostly in twentieth century US History. Through the support of a History in Action grant, she has interned at the Tenement Museum, where she was able to assist with conducting Chinese language research and translation for its exhibition on a Chinese immigrant family who settled in the Lower East Side in the 1970s. In the 2016-2017 academic year, Nancy accepted a FLAS fellowship to pursue intensive advanced Chinese language studies at the International Chinese Language Program (ICLP) at National Taiwan University. There, she received one-on-one training on the academic language and vocabulary of her migration field, and strengthened her language proficiency through extracurricular activities such as writing for ICLP’s student-generated e-newsletter.

Before coming to Columbia, Nancy studied for her MA in Public History and Archives at New York University. She graduated summa cum laude from Colgate University with a BA in History and a minor in Women’s Studies. She has worked on various projects, including initiatives to address the underrepresentation of Asian American subjects in scholarship by building archives documenting New York Asian/Pacific American history at the NYU Asian/Pacific/American Institute; teaching English at the Universidade de São José in Macau as a Fulbright ETA; processing collections as an archivist at the Ford Foundation archives and the NYU Tamiment Library & Robert F. Wagner Labor Archives; and conducting exhibition research for the New York Historical Society.

Nancy has spent a relatively itinerant childhood traveling with her family and living in places as far-flung as Colombia, St. Maarten, St. Vincent, California, and New York. She thinks that these formative experiences may have shaped her abiding interest in international travel and migration history.