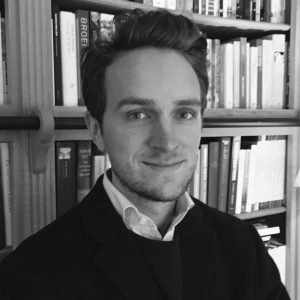 I work on twentieth-century modern European and international history. I am especially interested in questions of political economy, the different varieties of internationalism (liberal, communist, fascist, financial, anti-imperial, colonial, religious, legal, etc.) and the history of war. My other interests include the history of political thought, philosophy of history, and the relation between patterns of land ownership and inequality on the one hand and struggles over property rights and land reform on the other, from the late eighteenth century onward.

My doctoral dissertation, ‘The Economic Weapon: Interwar Internationalism and the Rise of Sanctions,’ is a history of the interwar origins of economic sanctions in Euro-American politics between 1914 and 1945. The project draws on archival research in six different countries (Britain, France, Germany, Switzerland, the Netherlands and the United States) to reconstruct how sanctions reconfigured the international order by introducing the possibility of economic coercion against societies in peacetime. It charts how this instrument became established as part of international institutions and European state policies after World War I, how it offered a novel way to prevent war, and produced new forms of intervention in the world economy. It also recovers the contested political nature of sanctions, and reframes our understanding of the role that they played in the collapse of the international order in the 1930s and its reconstruction in the late 1940s. In doing so I hope to shed light on the foundations and drawbacks of the continued use of economic pressure today. I also am also writing on and investigating the history of sanctions from 1945 until the present day.

My dissertation research and academic activities have been supported by the Prins Bernhard Cultuurfonds, the Chateaubriand Humanities & Social Sciences Fellowship, the SSRC’s International Dissertation Research Fellowship (IDRF), and a History in Action Grant from the American Historical Association/Mellon Foundation. Outside academia, I have co-organized the economic history working group of the Institute for New Economic Thinking (INET).

Having grown up in Belgium and the Netherlands, I studied history, economics and philosophy at University College Utrecht. I received an MPhil with distinction from King’s College, Cambridge, where I worked on the political thought of Karl Polanyi. I have written essays, op-eds and book reviews for Het Financieele Dagblad, The Huffington Post, Cambridge Humanities Review, Cambridge Review of International Affairs, Private Debt Project and King’s Review.

You can find my academia.edu page here. Below are some links to recent academic publications.

Review of Richard Nephew, The Art of Sanctions: A View From the Field (New York: Columbia University Press, 2017), H-Diplo, September 2018.