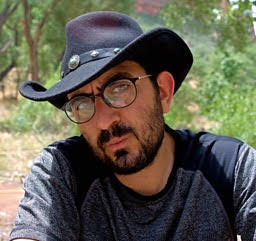 Yoav Hamdani is a PhD candidate in US history focusing on violence, slavery and social and military history. His principal area of interest is the intersections between territorial expansion, slavery, Native-American removal, resistance, and military violence. More specifically, he studies the history of slavery within the U.S. Army in the first decades of the American Republic. By probing the history of military slavery, Yoav hopes to learn how the “Old Army,” the key instrument of statecraft in the early United States, evolved as a national institution that condoned and even promoted slavery in its ranks.

Yoav’s dissertation project investigates the origins of slavery within the U.S. Army and how slavery became an integral part of the nation’s military; the political economy of military slavery as well as the legal, fiscal, and violent mechanisms that sustained it; and the ways in which it influenced the lives of slaves, officers and soldiers.