ACLS Teaching Fellow and Lecturer in History for ICLS 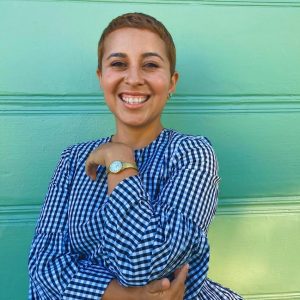 Thabisile Griffin, PhD, specializes in the 18th century Atlantic world, Black indigeneity, and colonial insecurity. She examines periods of social and political instability to determine changing logics of differentiation and hierarchy—race-making, especially as it applied to African-descendant and native populations in the Caribbean. Situated in St. Vincent and the British Caribbean, her work explores how the precarious conditions of colonial militias, property logics, support from the metropole, legislation, and interior and exterior threats, all rendered frail the colonial settlement in and around the island. Her research reveals how changing racial, gender, and class rationalities were vital in attempting to maintain the colonial settlement, and also emphasizes the international and abolitionary nature of the Black indigenous militias against the British army. She has published in various outlets, including the Boston Review and Ufahamu: A Journal of African Studies, and has lectured and presented her research at Yale, UCLA, the Shorenstein Center at Harvard, and the McNeil Center for Early American Studies at UPenn. Additionally, she researches and writes on the Black radical tradition, and global histories of subversion and resistance against colonial and state violence.