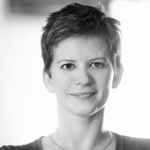 Emma Winter specializes in the political, cultural and intellectual history of western Europe, especially Britain and the German states, in the age of Enlightenment and Revolution (c. 1750-1850).  She is particularly interested in the history of art and aesthetics; the concept of taste, processes of taste-making and the role and influence of tastemakers; cultural change, intercultural transfer and transnational exchange; the entwined histories of idealism, humanism, classicism, republicanism, romanticism, historicism and primitivism; the evolution of liberalism, along with competing philosophies of history and alternative ideas of what constitutes 'progress'; the emergence of nationalism and the construction of national cultures; pedagogy, practical ethics and the psychology of the imagination; experiments in aesthetic governance, state promotion of the arts and the interaction of art, politics and religion.  Currently completing her first book on the rise of interest in early Italian painting in the nineteenth century, Emma is also working on a series of case studies, drawn from some of the major works of European literature, that reflect upon the nature of vision and visual experience, sight and blindness.