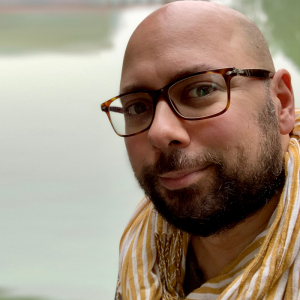 David Do Paço is a historian of the Habsburg Empire in the 18th century. His research lies at the intersection of urban history, diaspora studies, and historical anthropology. He defended his Ph.D. in 2012 at the University of Paris 1 Panthéon-Sorbonne and has since been a Max-Weber Fellow at EUI and a core fellow at CEU-IAS. In 2015, he published his first monograph L’Orient à Vienne au dix-huitième siècle among the Oxford University Studies in the Enlightenment (Voltaire foundation). That same year, David joined Sciences Po where he worked on his second book project “Ruling a trans-imperial city: Trieste in the eighteenth century.” At Columbia University, he is studying the social and political life of Muslims as unincorporated persons in 18th century Habsburg cities such as Belgrade, Graz, Ostend, Pest, Timisoara, Trieste and Vienna, among others.

He is co-director of the Franco-German research project “Trieste: city of Empire(s)”, co-director of the new Brepols series “Histories in motion” and he will join the New Europe College in Bucharest for the Spring term. David has recently published articles with The Historical Journal and Urban History and is contributing to the Cambridge History of the Habsburg Monarchy and to The Oxford Handbook of the Cultural History of Modern Global Diplomacy.