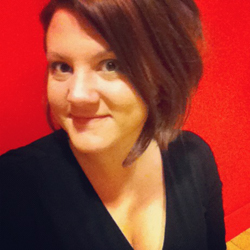 Lindsey Dayton is a third-year student in the field of U.S. History, focusing on African American, gender, and labor history in the 20th century. She received a BA in liberal arts and an MA in women’s history from Sarah Lawrence College in Bronxville, NY. Her MA thesis, “From Heavy Iron Blues to I Pay my Union Dues,” explored black women laundry workers’ successful efforts to organize a union in New York City during the Great Depression. After completing her master’s degree she worked in the hospitality industry in Chicago and was active in organizing hotel, restaurant, and food service workers there and in New York. Research interests include the dynamics of race, gender, and sexuality in the organizing of black women in the urban north; the history of the radical left and leftist coalitions; and the impact of migration and immigration on black protest politics around issues of labor. She is currently researching domestic worker organizing in Manhattan and Brooklyn during the Great Depression.