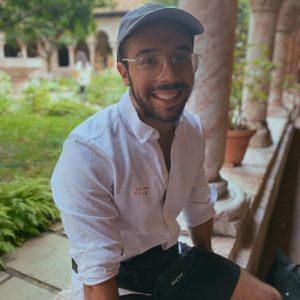 Lucas René Ramos is a Ph.D candidate interested in cultural and intellectual history in Modern Europe. His research has addressed the dictatorships of Mussolini, Franco, and Hitler. Predominant themes of his research include comparative fascism, authoritarianism, queerness, gender, hegemony, and racial theory.

Lucas grew up in South Florida, after which he completed his B.A at Princeton University as a History major with a focus on Gender and Sexuality.

He is currently a fellow for the Institute of Comparative Literature and Society, a Mellon Mays alum, and a Provost Diversity Fellow.