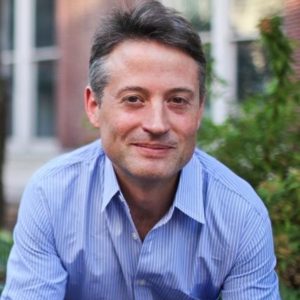 Bob Neer's research examines the intersection of U.S. military power, economic and cultural globalization, and international law in the 20th and 21st centuries. His book Napalm: An American Biography, the first comprehensive history of the incendiary weapon, was published in 2013 by the Belknap Press of Harvard University Press, and released in paperback in 2015. It has been translated into Japanese. His current research project is a global history of the U.S. military. He has been interviewed in many newspapers and magazines, NPR affiliates WBUR and WGBH Radio, Irish Radio, Russian television network RT Global, CNBC Asia, and numerous other media outlets, lectured at the Tuck School of Business at Dartmouth and Hong Kong University, taught at the Hult International Business School, and spoken at numerous conferences.

Between law school and graduate school, he founded, developed and sold media businesses in London, Los Angeles, Singapore, Hong Kong, and Boston, served as Campaign Manager for Los Angeles County District Attorney Gil Garcetti's first run for office, and worked for the Howard Dean and John Kerry presidential campaigns. Between college and law school, he worked as an analyst for the Lazard Asia investment firm in Hong Kong, and wrote freelance news and travel articles for a variety of periodicals including The Boston Globe and The Asian Wall Street Journal.

Neer is a co-founder of BlueMassGroup.com, one of the oldest and most widely read independent political blogs in New England. In 2007, he wrote Barack Obama for Beginners: An Essential Guide, distributed by Random House: the best selling title in the 25-year history of its publisher For Beginners books. An expanded and revised second edition followed in 2009. It was translated into Russian. He is a Trustee of The Harvard Lampoon, the world's second-oldest continually published humor magazine.

Neer created the summer course Empire of Liberty: A Global History of the U.S. Military in 2012 and has taught it since then. From 2006-2014, he taught Contemporary Civilization, as a Preceptor before he received his doctorate, and then as a Core Lecturer in History. He received the TOMS Core Faculty Fellow award for excellence in teaching.

His work can be accessed via Columbia Academic Commons.