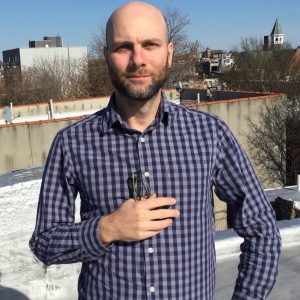 Daniel is a historian of Modern Latin America, the Iberian Peninsula, and international history, and specializes in the history of Latin America’s transnational right-wing ideologies, networks, and politics during the Cold War era. In his research, he touches on related issues such as neo-liberalism, Catholic radicalism, and transitions from authoritarianism to democracy from an international perspective. Daniel is currently working on a book manuscript that explores the ideological dialogue between Franco’s Spain and the Argentine and Chilean Right. Provisionally titled Technicians of the Spirit: Post-Fascist Technocratic Authoritarianism in Spain, Argentina, and Chile, 1945-1988 the book hones in on post-fascist ideological affiliations such as the Opus Dei and explores the technocratic-authoritarian ideologies of the state formulated within these international apparatuses. He is also at work on a second book project that explores the politics of “consensus” building throughout the 1970s and 1980s transitions to democracy in Latin America and Spain.

“The ‘Hispanic Community of Nations’: The Spanish-Argentine Fascist Nexus and the Imagining of a Hispanic Cold War Bloc”, Cahiers des Amériques Latines 79 (December 2015): 115-133.

“Getting off the Tiger: The Spanish Transition to Democracy in Latin America’s Southern Cone”, Global Society, 33:3, July 2019; “The ‘Hispanic Community of Nations’: The Spanish-Argentine Fascist Nexus and the Imagining of a Hispanic Cold War Bloc”, Cahiers des Amériques Latines, no. 79, December 2015, 115-133.